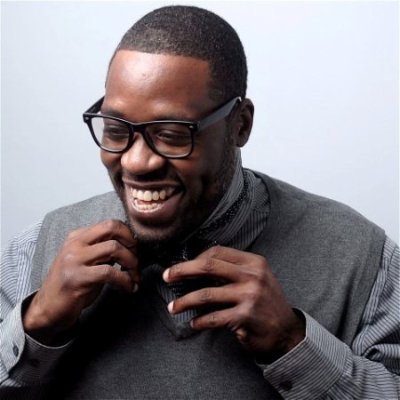 Shawn L. White, Ph.D. was born in the Point Breeze section of South Philly on January 10, 1972. Sports and music were his early callings, earning him both a collegiate football scholarship and a 1994 record deal as MC|Producer, “Air Smooth”, with the hip hop group, Divine Beings. Throughout his musical career, he worked with artists such as Ahmir “Questlove” Thompson and Tariq “Black Thought” Trotter of The Roots, super producer and musician Larry Gold, Kenny Whitehead, Beanie Sigel (helping to launch his career), and more.

In 2004, Dr. White earned a Master of Human Services (MHS) from Lincoln University and in 2011, his Ph.D. from Cappella University where his studies focused on analyzing and evaluating HIV and sexually-transmitted diseases risk among young African American men. Concurrent with his studies, he worked in social service with the Youth Outreach Community Awareness Program (YOACAP) as a cast member, peer educator, and youth trainer for HIV/AIDS awareness. His sixteen-year affiliation with the organization kept him face-to-face with at-risk communities who were fighting the battle against HIV and AIDS.

In 2009, Dr. White began his work with the University of Pennsylvania as co-chair of the HIV prevention research division’s community advisory board and the HIV vaccine study-working group. Shawn led SHAPE UP: Barbers Building Better Brothers. This health promotions program targeted young African-American men who socialized in barbershop settings, often a community gathering and safe space in urban communities.

While juggling full-time commitments to health awareness programs, Shawn continued to work on his love of music, partnering with friend and musician JaRon Burnett, to form the PHREMEN Music Group. PHREMEN produces music for various uses in the music industry and is also home to the PHREMEN Audio Studio Academy, which gives young people access to state-of-the-art facilities, instruction, field trips, mentorship, and more. Intertwined with the fun-learning model is the promotion of HIV/STI awareness and conflict resolution.

In his mid-thirties, Shawn was diagnosed with hypertension.  His friends and family knew of his condition but no one, not even Shawn, knew how severe it was.  On April 6, 2013, despite his healthy appearance, Shawn L. White passed away.